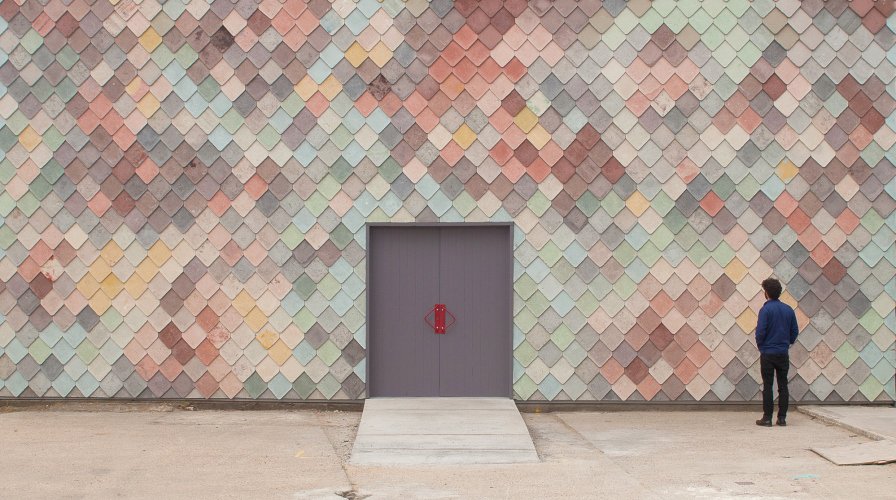 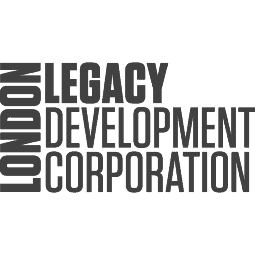 Yardhouse is a new affordable workspace building based in Sugarhouse Yard in the Bromley-by-Bow area of East London. It was funded by the design and architecture collective Assemble London Legacy Development Corporation (LLDC) as a part of the Emerging East programme which supports design-led creative projects for the communities living and working around the London 2012 Olympic park.

The idea for Yardhouse developed out of Make, Don’t Make Do, a year-long strategic design and research project commissioned by the LLDC and undertaken by Assemble. It explored the history, current condition and potential of the area around the Bow Interchange and Stratford High Street that borders the Olympic Park. One of the research findings was a demand for affordable workspace, and this developed into the proposal for Yardhouse.

Until recently, the area was characterised by an informal network of working yards and light-industry that hosted a huge range of small businesses. However, rapid development resulted in long-standing industrial and business spaces being replaced by large-scale residential projects. This is a pattern that is being repeated throughout London, where affordable workspace is in critically short supply. This has become serious issue for the capital – research by the Greater London Authority has shown that the small businesses that need this kind of workspace account for nearly 50% of London’s jobs.

The development of the area had made little effort to include any workspace provision, which resulted in a sterile environment with little activity at street level. The Sugarhouse Yard site was the last due to be developed and provided an opportunity to undertake a live case study. The aim was to demonstrate the value of the area’s yard spaces and show how affordable workspace could continue to be a vital part of the site’s future.

Assemble developed an initial brief for Yardhouse that proposed a two-story, affordable workspace building constructed for less than £400/m² (€570/m²) as a temporary building that could occupy the site until redevelopment started.

The LLDC commissioned Yardhouse as a working prototype, providing a grant for construction, and support in securing permission from Vastint, the landowner and developer of the site. The LLDC also provided a £40,000 grant, match-funding the investment provided by Assemble.

Yardhouse was developed as an annexe to Sugarhouse Studios, the studio and events space occupied and managed by Assemble. This had a number of advantages for the success of the project: the collective already held the lease for the site and had basic infrastructure in place. Building upon an existing facility helped create a critical mass of activity and an environment in which tools, facilities and infrastructure could be shared between spaces.

Assemble’s role went beyond the physical design, covering the business model and on-going management of the studios. This ensured the financial viability of the project and reduced the capital outlay for the LLDC. This created an affordable way for the LLDC to provide workspace, an ongoing interest for them, with the collective taking on a large portion of the risk in exchange for the income generated by the building.

A core priority of the project was to keep spaces affordable. Through an informal survey of other workspace users they found that for most the critical figure was not the price per m², but the total rent they would pay. Consequently when pricing the spaces at Yardhouse it was crucial that they were considered good value and a range of studio sizes for different budgets were on offer.

The resulting design consists of a simple two-story, three-aisled structure occupying a footprint of 12m x 12m. The side aisles serve as private studio spaces, broken down by the structural frame into sixteen equally sized 12m² studio plots. Spaces were provided without partitions, leaving tenants free to adapt their space to suit their practice. The central, double height space serves as circulation and a 48m² communal work area.

With a limited lease on the land, the building was designed to be dismantled and re-assembled elsewhere. The main structure is formed of a robust barn-like timber frame enclosed with an off-the-shelf insulated cladding system. Its frontage was clad in decorative concrete tiles handmade on-site providing a moment of joy and ‘completing’ the yard. It has since become a site of Instagram pilgrimage with people travelling to take photos in front of the colourful façade.

Yardhouse demonstrates that it is possible to cost-effectively build new creative workspace, providing an attractive and flexible work environment on a very modest budget. It responded to the objectives of the LLDC and by delivering a functioning prototype it provided a new approach to research.

Through its economic approach to construction, the project provided the generous scale, light quality and high ceilings appropriate for creative workspace. Because the project was delivered at a fraction of the cost of a conventional new build this ensured affordable rent for its users. In the future the construction method of Yardhouse could be used as an editable system adaptable to a wide range of situations.

The principle of providing spaces within a structural frame and letting tenants build their own walls proved extremely successful, offering a high degree of flexibility to prospective tenants. Similarly many applicants were attracted by the collaborative nature of the project and the access to tools and facilities on site.

Creating purpose-built and affordable workspace is still an emerging field with 94% of studios situated in existing buildings. But as land values increase the incentives to convert studios into residential buildings increases with it, meaning the need for new purpose-built studio space is greater than ever.