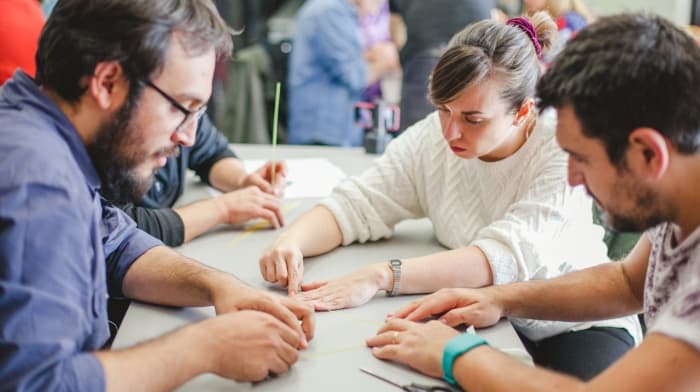 Interest in and awareness of the potential value of government innovation is on the rise, signalled, for instance, by it featuring as a central theme in the 2015 Government Summit, and in the creation of the OECD’s dedicated platform - The Observatory of Public Sector Innovation.

These organisations are giving policymaking and public programme design a much needed injection of creativity and experimentalism.

Reflecting this wider trend, in the past decade we have seen the emergence of a new hybrid form of organisation – known by various names, such as change labs, innovation teams, and innovation labs. These organisations are giving policymaking and public programme design a much needed injection of creativity and experimentalism – bringing stakeholders together to explore solutions to complex problems, and to design and test new approaches and solutions.

Whilst some of these innovation teams have turned to private firms for inspiration (take MindLab, for instance, which was inspired by insurance broker Skandia’s innovation unit, the Future Centre), to say they are simply a product of governments borrowing ideas from the private sector isn’t quite right either.

In fact, the foundations for innovation labs aren’t an altogether new idea to the public sector at all. Early forms giving rise to them can be traced back as far as the 19th century. Robert Owen, for instance, perceived his cooperatives, schools and healthcare in Scotland as a laboratory. Another early example of a 20th century innovation lab was Wilbur C Phillips’ National Social Laboratory, which in 1916 pioneered the use of civic participation as the driver for public services.

The recent proliferation of labs can be clearly explained when considered against wider contexts. Governments worldwide are facing increasingly complex challenges – with ageing populations, tightened budgetary constraints, and increasing expectations from citizens – to name but a few. The complexity of these challenges are often at odds with the siloed, departmentalised approaches of traditional policymaking.

And yet public sector executives will often find themselves with little choice but to continue to focus on the maintenance of current systems, not having the time or capacity to look beyond incumbent ‘business as usual’ approaches. The bureaucratic ‘control and command’ model of governance - valued for its stability, predictability and risk-aversion - is not well-regarded for its openness to change or open innovation processes.

Add to the mix that a greater number of public services are being delivered digitally, which allows for rapid prototyping at a greater scale and at lower cost, and we begin to get a sense of the changed landscape in which government innovation labs and teams are now emerging.

So what are innovation labs and teams?

Innovation labs are a new institutional form that tackle policy and public sector challenges in a radically different way to the traditional approaches formerly undertaken. Their proliferation highlights that if governments are to open their doors to innovation, they need to create dedicated resource, skills, space - whether real or virtual - and executive support to enable innovation to happen. Recognising this, public sector managers are looking to partner with or insource teams that have the requisite skills and experience that will help to identify and implement the most promising ideas.

Whilst there is no one fixed model for innovation labs – and these new institutional forms do vary greatly in their governance structures and mandates – what distinguishes them from other forms of government teams or organisations is their adopting of experimental methods to tackle social and public issues.

Depending on their mandate and mission, innovation labs can be found positioned along a continuum with varying degrees of involvement and closeness to executive power. Innovation labs, such as the Mayor’s Office of New Urban Mechanics in Boston, are physically located in their executive leader’s office, and have their agenda directly set by them. Others are jointly run by partnerships of government departments or ministries. At the other end of spectrum are organisations - such as Nesta’s Innovation Lab - that are totally independent of government, but which forge strategic alliances with government agencies to further their mission.

Other common features of innovation labs include:

There are a number of examples of innovation labs, spanning various continents, which demonstrate the lab approach very well.

Here are some of the best examples:

MindLab is a Danish government innovation lab jointly run by the Danish Ministries of Business and Growth, Education, and Employment and Odense Municipality. It incorporates human-centred design and immersive research techniques, such as user journeys, diaries and ethnographic studies, to radically transform the relationship between government and citizens.

The UK Government’s Behavioural Insights Team (BIT) is a good example of an innovation lab willing to undertake experimental approaches to public interventions and policymaking. Originally housed in Cabinet Office, the Behavioural Insights Team was the world’s first government ‘nudge unit’, (so-called after Richard Thaler and Cass Sunstein’s book by the same name). Focusing on the small but significant details has been a key to the team’s success. For instance, one of BIT’s most famous projects involved making minor modifications to tax letters sent out by the UK Government. Through a series of randomised controlled trials, BIT found that by altering the letters’ phrasing to state most people in a particular locality had already paid their taxes, they could boost repayment rates by around 5 percentage points.

Beyond ‘top down’ service delivery

These are just two examples of innovation labs, but there are many others that have equally demonstrated the value of these government innovation labs. Other examples include the New Orleans’ Innovation Delivery Team working to use data-driven methods and convening key experts to successfully bring about a 19% reduction in the number of murders in 2013 compared to the previous year – to the Mayor’s Office of Urban Mechanic’s Citizen Connect mobile app which has been used by residents to report over 70,000 neighbourhood issues to City Hall. The breadth and scope of these teams’ mandates are truly impressive.

Public sector managers have tacitly accepted that they don’t always have the best answers.

The emergence of innovation labs is proof that governments are waking up to the need to look beyond traditional policymaking and ‘top down’ service delivery. Public sector managers have tacitly accepted that they don’t always have the best answers – and that there is huge value in bringing key stakeholders and citizens together around issues that matter to and affect them.

Likewise, labs’ blending of multidisciplinary approaches indicates that answers should not flow from one technocratic field alone. Indeed, the over-reliance, and some would say failure, of predictive modelling in the lead up to the 2008 financial crisis should be proof enough of this. Ultimately the complexity of the challenges we and our governments face are not siloed, and nor should our responses to them be.

Innovation labs demonstrate that humility can and should play a critical role in how governments work – by having the humility to know experimentation and evidence is needed before rolling out huge projects. Pitted directly against Churchill’s claim that “The best argument against democracy is a five-minute conversation with the average voter” – the lab approach understands that it’s necessary to draw on the wisdom and experience of the crowd and work openly and collaboratively to create better services for us all. Innovation labs may not be around forever – but the ethos underpinning them should be.