The necessity of empathy 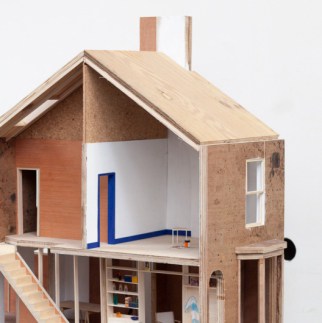 Why do projects built on the best of intentions so often fail to deliver the results they aspire to? At the Design Driven Society event, a key focus of discussion was the need to build empathy in order to successfully implement new solutions. What became clear from the discussion was that without understanding and responding to the perspective and experience of the actual users, even well conceived projects can fail to have the impact they intend.

The question is how can design, and designers, build real empathy for the people who will be affected, and then how can this empathy be used to deliver the best possible results?

Reflecting on our work in the built environment at Assemble, empathy is built on trust, and trust is built from open discussion from the beginning to the end of the design process. The trouble with much consultation is that it happens too late and too quickly – the main decisions have already been made, the consultation outcomes already determined.

This is an issue for both provider and user. For the provider, it frequently leads to ill-conceived proposals spawned from surface readings of need. For the user, this breeds an understandable suspicion towards the process, the feeling that in the end their opinion doesn’t matter, and ultimately proposals – whatever their merits – being rejected before being given a chance.

Assemble’s involvement in Granby, Liverpool grew from a long process of dialogue that has allowed a mutual trust to develop. We were first introduced to the Granby Four Streets Community Land Trust (CLT) in 2013, when they were beginning to put together a plan for the area and it was clear that we shared many values.

We began with careful research into the area that ranged from hands-on involvement and conversation to academic research, fed by BA students at University of East London where Assemble leads a design unit. This developed a holistic understanding of the place, and fostered trust between the CLT and us. This enabled us to be far more involved than is usual for development. What became clear is that the area doesn’t need reinvention, instead existing qualities should be celebrated while the problems are tackled.

Tapping into momentum that already exists is often more successful than trying to impose totally new solutions from scratch. In Granby, local residents consistently fought plans for demolition and battled to save the houses. Over the past 10 years they have cleaned and planted their streets, painted the empty houses, organised a thriving monthly market, founded a Community Land Trust and shown their area in a different light. But without empathy it is easy to overlook such action.

The established trust between us and the CLT enables us to work within these existing conditions and collectively develop a sustainable and incremental vision for the area that builds on the hard work already done by local residents. We adopted open-ended discussion and a reflexive attitude to the development. Designs were presented early and often, going through multiple iterations as more information was uncovered, and the need and brief became clearer, feeding off the existing energy of the CLT.

Ultimately, for me, the question of empathy comes down to ownership. It is about us as designers providing energy and expertise but surrendering ownership and control to the user. At Assemble we call for a more nuanced concept of the public and user – seeing people as participants, not just consumers – and accepting that real change needs investment from within.

When informed by empathy, the role of the designer becomes less about inserting solutions and more to do with working collaboratively to help realise a common vision. As our work in Granby attests, collective action can achieve amazing things – but this requires us as designers to step back and hand ownership and agency to people to shape their own environment.