Why the world’s leading organisations are looking to design 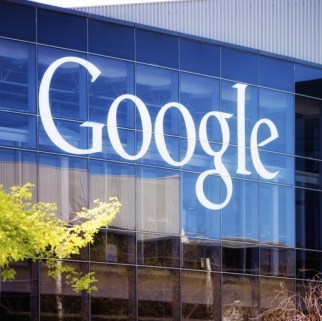 Google, Facebook and other Silicon Valley giants are realising that design is a key strategic competence. So are leading public sector organisations. Consequently, they have now begun to hire designers on a massive scale.

Times are tough for design consultants in San Francisco. If they are not being bought up by large firms, as happened with the respected agency Adaptive Path, they are losing their most talented designers to companies that offer to double their salaries and probably even provide better job security. This recruitment drive has forced one agency, Smart Design SF, out of business entirely.

Interestingly, the same is happening in the public sector. Governments all over the world are currently setting up inhouse innovation teams, often with a strong emphasis on design-led approaches. The latest examples of this trend are countries like Uruguay and Chile, which are both in the process of establishing innovation labs. In Germany, Chancellor Angela Merkel has announced the establishment of a small innovation team in her private office. Even SKAT, the Danish customs and tax administration, has begun to hire service designers.

Design is increasingly being incorporated into organisations as an in-house capacity.

It seems to be a trend. But why is this? To understand what is happening, we should first examine what leaders of these private and public organisations expect design to contribute; and next, why they opt for in-house design services instead of relying on external consultants.

Private and public organisations are becoming increasingly aware of the capacity of design as a key driver of innovation. First of all, design helps put people centre stage. For private companies, this means that designers base their work on the customers’ perspective, exploring what is valuable to them. Even companies that have traditionally been highly technology-driven, such as software firms, high-tech production companies and financial institutions, are beginning to acknowledge that user needs take priority over technology.

Facebook has recently set up a unit charged with improving the firm’s ability to ‘empathise’ with users in other cultures. IBM too announced that it is hiring 1,000 additional designers globally. And the company that swallowed up the entire San Francisco-based design firm Adaptive Path last year? American bank Capital One.

In the public sector, design means focusing on actual user behaviour, rather than opinions or attitudes, in planning new initiatives or modifying existing services. In the healthcare sector, social services and education for example, the respective core tasks are to help people recover or preserve their health, become self-reliant, or learn.

The design task is to shape strategies, systems, services, products and even the physical settings needed for generating targeted changes in behaviour. Among others, the British government has long embraced this insight with their investment in the since spun out Behavioural Insights Team or ‘nudge unit’, which makes a systematic effort to affect people’s behaviour based on insights from behavioural economics and design methods.

The big question, therefore, is not so much why private companies and public institutions view design as useful. The interesting question is why design is increasingly being incorporated into the organisations, as an in-house capacity. There are at least three possible explanations:

For top management it is a small leap from embracing design as a critical business competence to wanting to control the designers’ contributions.

For top management it is a small leap from embracing design as a critical business competence to wanting to control the designers’ contributions. When something is important to the organisation, most leaders would want to be able to control it. Establishing and expanding an inhouse design capacity lets management plan the design work more systematically and include it in all the relevant business processes. Another potential benefit is that design thinking can be used to build capacity in other areas of the organisation. For instance, the way designers work may inspire their co-workers’ approach to problem-solving and innovation.

Another advantage would be speed and flexibility. There is no need to stage external competitions or bidding rounds if the company has inhouse design capacity. In extension of this point, in-house services also have the potential of offering better cost management and more design for the same budget. All things being equal, inhouse designers are less costly than external consultants, whose invoices include built in overheads.

A growing number of skilled designers prefer inhouse positions. According to the American design blogger Peter Merholz, being employed in an internal design unit has become more attractive. Not only has the pay become competitive, but previously there was more prestige associated with working for an independent agency, in part because of the variety it offered.

However, as top executives have become more design-conscious, inhouse designers are becoming more involved in decision-making processes. They have a broader involvement in the organisation’s business areas than they did just a few years ago. A similar development has occurred in the public sector. For designers who wish to shape the society they live in, the chance to influence events from a central positions such as the San Francisco Mayor’s Office or the British Cabinet Office’s Open Policymaking Team is an appealing opportunity.

Assigning design a bigger role in the internal organisation is not without its risks, however.

Assigning design a bigger role in the internal organisation is not without its risks, however. One main pitfall is that the organisation risks losing touch with the latest trends, which design agencies are generally in a better position to pick up since they work for a wide variety of clients. Another risk is that the organisation fails to incorporate design more broadly across its structure and simply ‘parks’ designers in an inhouse silo, with limited effect.

Thus, the challenge is more about finding the right strategic mix of internal and external design skills than about choosing one over the other. This goes not just specifically for design but for wider innovation competencies as well: Nesta and Bloomberg’s i-teams research recommended public leaders looking to create a lab of their own apply this same strategic mix of insiders and outsiders.

This article was originally published by Nesta. Read the original blog.